Research over 361 PLUS Pressure Points on the Body

What is Pressure Point Fighting? What does this "term" really mean? Today I want to discuss this very commonly used term that is used to refer to the science of pressure point self defense Kyusho Jitsu.

I draw a very big thick black line between the terms "fighting" and "self defense." And for me I believe this is a very important differentiation.

The "fight" people are referring to is a disagreement or an argument that turns to violence. The cause can be many different things.

However it is a lack of discipline on both parts. And it does seem to be the human condition. But when we glorify violence like we do today this cannot be a shock. 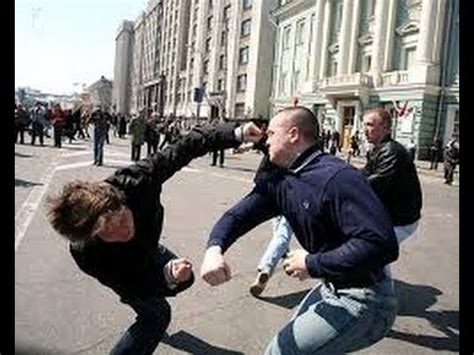 So how is Pressure Point Fighting a things? What makes it different than any other kind of fighting?

I had to really consider if I was going to write an article referring to "Pressure Point Fighting" at all. Then after some consideration I decided to do so, hoping perhaps I can make people see this in a different light.

Today the world is all about marketing. Your data is harvested and sold by Google and Facebook really without your permission. Yes you signed a terms of service, but to understand this most of us would need a lawyer!

Martial Arts is no different. Some of the best marketing I have ever seen is in our industry. And that is not necessarily a bad thing. As long as we question and look at things objectively.

An great example of great martial arts marketing is and was the Gracie's. They sold the martial arts world on the idea that 99% of fights go to the ground, which is not statistically true, but then creating a venue for their product to prove their claims. They became, and rightfully so martial arts icons.

I market to the martial arts world non stop the ideas of integrating pressure points into your self defense system to make it more effective. But I do not want you to believe me! I want you to question and try it out, to make your own "informed" decisions!

This is a very common question, however the wrong question. And how questions are asked is very important!  If I strike ANYONE in this world on ST-09 I will get a devastating result up to and including DEATH.

Now if you refer to a "fight" once again the question really is "do I have the skill and level of training to deal with a stronger, bigger appointment?"

Now if you refer to a "fight" once again the question really is "do I have the skill and level of training to deal with a stronger, bigger appointment?"

Or in a "Self Defense" situation "do I have the training and presence of MIND to deal with an attacker?"

Are pressure points themselves effective? That question has been proven time and time again my men and women who have been trained in their usage, who's livelihood has them in high risk jobs.

I personally have trained several military and police personnel who will confirm this claim And the ones who say pressure points do not work are those who did not do the work, study and apply the knowledge.

Opinions can vary, but if you have never done the work, your opinion has no value. This is why I do not comment on combat systems like Krav Maga.  I have never seriously studied it! So how can I have an opinion?

I do however believe that selling people "combat" systems is a reckless idea. But that also depends on how it is promoted and if the ideal of "reasonable force" is explained. In true combat there is no need for reasonable force.

Since the mid 90's after being in a bad situation with a very dangerous man I began to pursue what real self defense means. And this was after 10 years of intense 7 days a week martial arts training. I could not have handled him alone. Very few people could have.

What saved me was my "presence of mind" which allowed me to take the best possible action and let the police deal with the man. And they did.

After many years of non stop study, taking courses and other martial arts from some amazing teachers, I developed what I call "holistic" systems that can be incorporated into any martial art, or taught alone, to improve the odds and your effectiveness on the street without ending up in prison.

Back around 2009 I was introduced to a certification course Grand Master Steve Stewart offers called Humane Pressure Point Tactics. This was the BEST heads up information I had seen to date. I took the courses and certified as a teacher.

I also taught these courses non stop back in Canada. But recently I took the information and updated it. Why? Because to my mind the original courses are aimed more at law enforcement. I wanted to create something for the general public.

So what is the difference? In my systems I have added information that pertains more to the "civilian" looking to protect him or her self and their family. Not someone in law-enforcement who is looking to apprehend the assailant.

However I do use the same term, as I include all the same information, and I am a certified instructor in these courses.

Do pressure points work in a fight? As long as you have done the work they most certainly do!

But you must always keep in mind, win or lose, die or survive is up to the person and their training, awareness and common sense.

I would love to hear what you think? Feel free to comment here.

NOTE: Once again I want to point out something very important. I hear the term "fight" in the martial arts would often. And I understand why. However if you are engaging in street fights, or in other words arguments with other people that turn to violence you are a FOOL. Martial Arts when taught properly teaches self control, which you would obviously not possess. There are NO WORDS someone can say to lead me to violence.

You live by the sword you die by the sword. If you are one of these types of people you will get what you deserve. Enough said.

Picks up Where Combat Pressure Points Leaves Off

Learn more now and checkout the great low price for the hard times!

I link these articles and resources for a reason. The more information you have and "act upon" the more you improve you odds in a BAD situation!

Critical Information to Prepare for the "Great Reset"

If you find this information of value please share with your like minded friends on Social Media! This helps us to grow the KJWA and also provide you with more great FREE content.